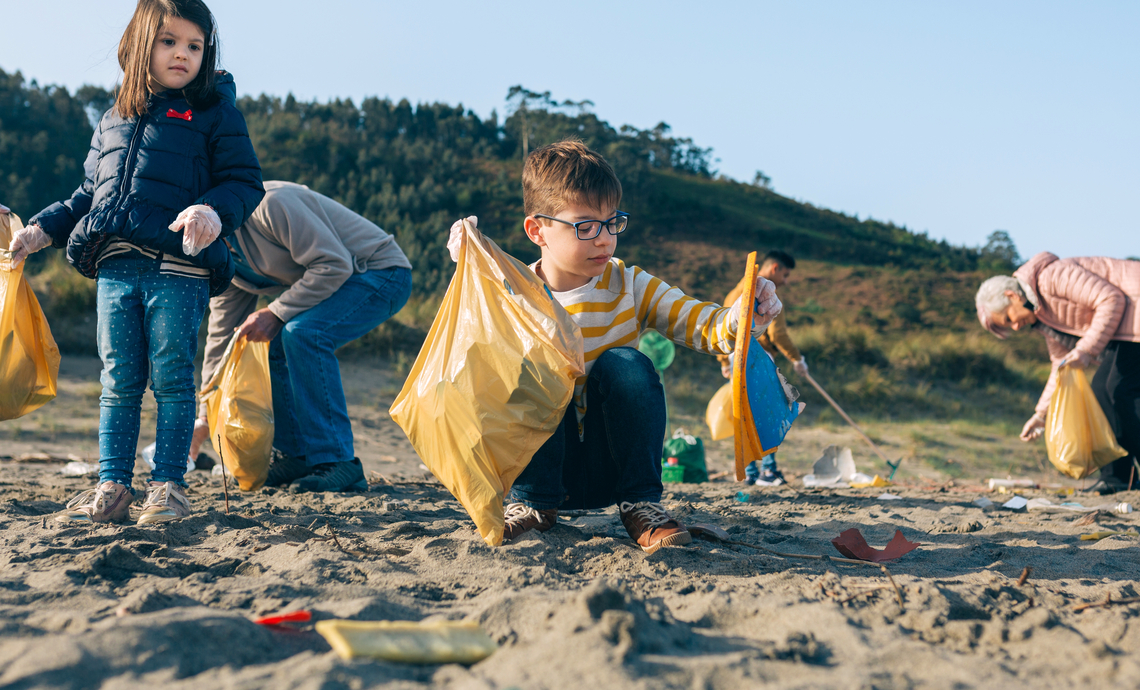 Want to boost your feelings of well-being? Volunteering is a great start. While that benefits the community, it also offers meaning to those who give their time. In the recent survey, 62 per cent of RTOERO members agreed that volunteering contributes to the enjoyment of retirement life.

Volunteering takes in many forms.

In District 26 Kenora, Rosemary Robertson chairs the recruitment committee and creates beautiful welcome packages for new retirees. Meanwhile, Lynne Horvath reaches out to members routinely, whether they’re hospitalized or celebrating a special occasion, as the goodwill chair for District 24 Scarborough & East York. And in District 50 Atlantic, Rebecca Crouse serves as membership chair of the Lunenburg District Rotary Club, and president of the Fishermen’s Memorial Hospital Auxiliary.

They’re among the tens of thousands of RTOERO members who regularly volunteer. In advance of National Volunteer Week (April 24–30, 2022), RTOERO surveyed its 82,000 members about how and why they volunteer. The results show a large and committed volunteer force.

Almost two-thirds of RTOERO’s 82,000+ members (64%) volunteer regularly. That’s well above the Canadian average for this age group, which hovers at around 40%, according to Volunteer Canada.

“We’re a volunteer-led organization and are also an organization filled with volunteers,” says Rich Prophet, chair of the board at RTOERO. “Within our membership, there is a strong culture of community service.”

Many members volunteer for RTOERO itself. In District 27 Ottawa-Carleton, Barry Silmser is a member of the communications team (he excels in the digital layout of their newsletters), and is also involved with the Political Advocacy Committee, collecting and sharing information on issues that are vital to all seniors.

In District 6 Parry Sound, John Hake serves as the webmaster, membership coordinator and communication lead. He has also been his church’s webmaster, supported various recreation events and served as a community chef.

Beyond their district activities, RTOERO members for every imaginable community cause – organizing events, serving on committees and boards, fundraising, mentoring, collecting and delivering food, supporting health care, protecting the environment, and much more.

For instance, in District 19 Hastings & Prince Edward Richard Bird has made an indelible impact now and created a legacy for the future. As either a board member, fundraiser or volunteer, he has been involved with Quinte Healthcare, Hospice Quinte, Bay of Quinte Remedial Action Plan, Hastings and Prince Edward Land Trust, Nature Conservancy Canada, the Bay of Quinte Yacht Club, and many others.

Multiple volunteer roles like this are common. May Seguin, District 43 Nipissing is a member of a seniors group (Club Action 50+) that offers physical and social activities, and piloted a project to support isolated seniors. Seguin has also been an executive of the Anglican Church Women for the Diocese of Algoma, is active in her church, and volunteers at the North Bay Serenity Hospice. She’s the goodwill chair for her district as well. Last year, the Municipality of East Ferris gave Seguin a Volunteer Recognition Award.

In District 10 Bruce Grey Dufferin, Don Sankey also balances several volunteer activities. He’s the district’s public relations chair, canvasses for Heart and Stroke, chairs the Grey Sauble Conservation Foundation, and is a member of the Friends of Moreston (the fundraising division of Grey Roots Museum outside Owen Sound). Sankey also spearheads a group of volunteers to do an annual clean up the conservation areas around Owen Sound.

Community connection is one of the stated values of RTOERO, and volunteer service is one of the major ways that plays out. When asked why they volunteer, a majority of members cited things like a desire to give back and make a difference (71%), the social interactions related to the volunteer role (66%), and the chance to make new friends and meet people (60%).

What else do RTOERO members gain through these experiences?

“It gives a sense of purpose, an opportunity to meet and interact with others, and to contribute to the well-being of our neighbours, however, we can,” said one RTOERO member. Or, as another member put it succinctly, “It feels good to help.”

That impulse didn’t start in retirement. The RTOERO survey found that 72% of members volunteered when they were in the workforce.

“RTOERO members cared about their communities throughout their careers and now serve them every day in retirement,” says Prophet. RTOERO 2022 scholarships invest in the health of seniors, communities

Across Canada, post-secondary students are preparing to make a difference in their areas of study and communities. The RTOERO scholarship[...] RTOERO urges Ontarians to speak with one voice this election on issues of dignity, survival

Toronto, May 25, 2021 – RTOERO is sounding the alarm on issues of dignity and survival during the federal election[...]